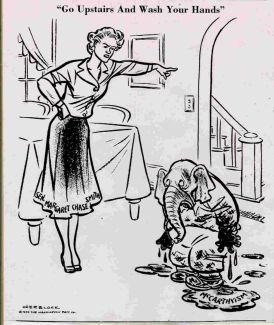 Senator Margaret Chase Smith had a backbone and stood up for what she believed was right. “I speak as a Republican. . . I speak as a woman. I speak as a United States Senator. I speak as an American. I don’t want to see the Republican Party ride to political victory on the four horsemen of calumny — fear, ignorance, bigotry, and smear.”  Smith’s Declaration of Conscience speech wasn’t made this year.  She wasn’t talking about a current political situation.  It was 1950 and her speech was aimed at Senator Joe McCarthy, who saw communists behind every bush in Washington and in every major government agency.  Enemies of the people. 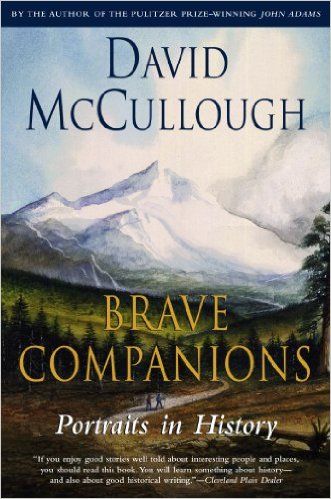 I recently read the Smith/McCarthy story in David McCullough’s “Brave Companions” (1992).  McCullough is an excellent historian, writer and I suspect teacher.  My son-in-law Rob was in his class at Cornell.  In a graduation speech at Middlebury he said, “We appear to have an unending supply of patriots who know nothing about the history of this country, nor are they interested. We have not had a President of the United States with a sense of history since John Kennedy — not since before most of you were born. It ought to be mandatory for the office. As we have a language requirement for the Foreign Service, we should have a history requirement for the White House.”

McCullough encouraged the graduates to see the country — the strip mine coal fields  in Kentucky, Antietam battlefield, Monticello and it’s gardens, the heartland.  In one chapter he revels in all that Washington, D.C. has to offer.  For McCullough, “If nothing else, seeing the country should lead you to its past, it’s story, and there is no part of your education to come that can be more absorbing or inspiring or useful to your role in society, whatever that may be.  How can we know who we are and where we are going if we don’t know anything about where we have come from and what we have been through, the courage shown, the costs paid, to be where we are?”

In “Brave Companions: portraits in history,” McCullough tells the story of interesting, sometimes forgotten Americans but it’s always a biography, a personal story in context, in a specific place.  The setting is as important as the person. 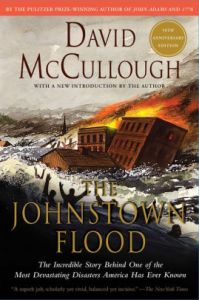 I think “The Johnstown Flood” (1968) was the first McCullough book that I read.  It was a great story, dramatic, really riveting, so well written.  Many years later a Holy Family College graduate student used it as the basis for a history unit.  She traveled to Johnstown and created a great teaching unit.  The trip is still on my to do list. 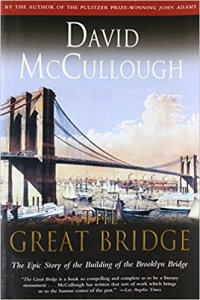 A few years later I read “The Great Bridge: the epic story of the building of the Brooklyn Bridge, (1983). I remember a great, dramatic story.  It was also very long.  John Augustus Roebling of Trenton died from an accident.  His son, Washington took over supervision; and he became incapacitated with the bends, which effected many workers who were construcing the huge piers underwater, reaching for bedrock.  Then there were the cables manufactured in Roebling’s Trenton factory.    A story of tragedy and determination. A great read. 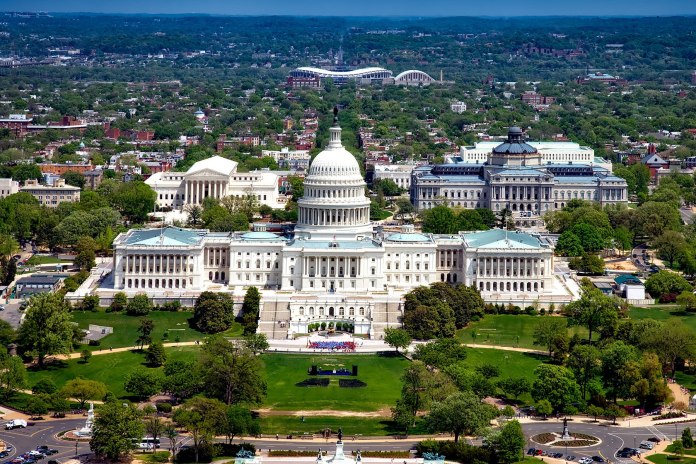 I particularly liked McCullough’s chapter, “Washington on the Potomac,” a homage to our Capital, it’s old hotels, monuments and plaques, government buildings and institutions, the books written about and films made.    He writes, “What I am drawn to and moved by is historical Washington, or rather the presence of history almost everywhere one turns. It is hard to imagine anyone with a sense of history not being moved. No city in the country keeps and commemorates history as this one does.  Washington insists we remember, with statues and plaques and memorials and words carved in Stone, with libraries, archives, museums, and numerous, magnificent old houses . . .”

He is captivated by images of Washington characters, Truman who is the subject of another one of his books, but also Lincoln who he senses throughout the city.  McCullough also asks (relevant today), “Why do so many politicians feel obliged to get away from the city at every chance? They claim a pressing need to get back to the real America.  To win votes, many of them like also to deride the city and mock it’s institutions.  They run against Washington, in the shabby spirit made fashionable in recent presendential campaigns.  It’s as if they find the city alien or feel that too close an asssociation with it might somehow be dishonorable.  It is if they want to get away from history when clearly history is what they need, they most of all, and now more than ever.”  Could that have been written today instead of 1956 when it was first published. 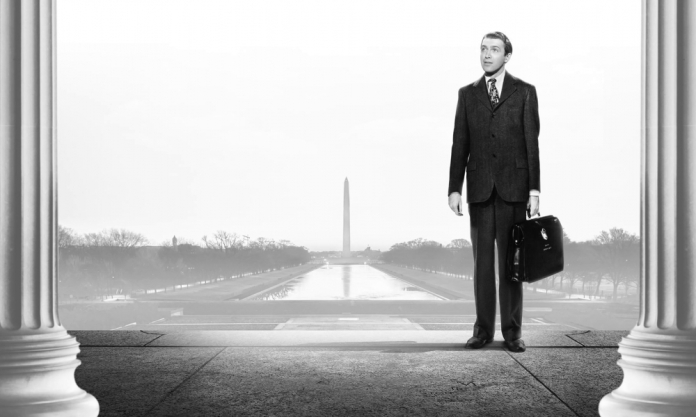 McCullough suggests politicians spend time on the Mall, in the National History Museum, or the National Gallery. “This is our capital. It speaks of who we are, what we have accomplished, what we value.”  It was Capre corn but the bus ride Jefferson Smith (Jimmy Stewart) takes through Washington, D.C. in “Mr. Smith Goes to Washington” echoes McCullough.  “Prize tolerance and horse sense. And some time, somewhere along the way, do something for your country.” 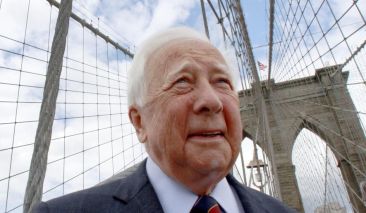 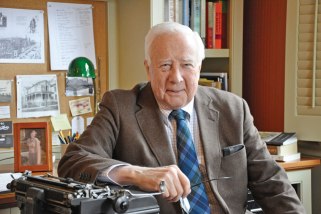 I like David McCullough’s sense of history, his interest in individual “brave” stories and his emphasis on background and place.  I’ve read a few other McCullough books (“1776” and “ Greater Journey: Americans in Paris.”) but I want to read “ John Adams” and “Truman.”  “Morning on Horseback,” about Theodore Roosevelt and “The Wright Brothers” are also on my list. 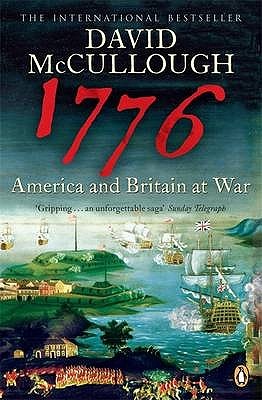 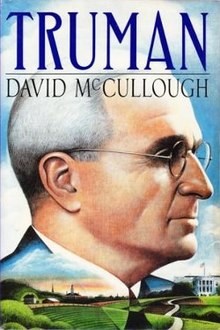 But like McCullough.  We need to know our history.