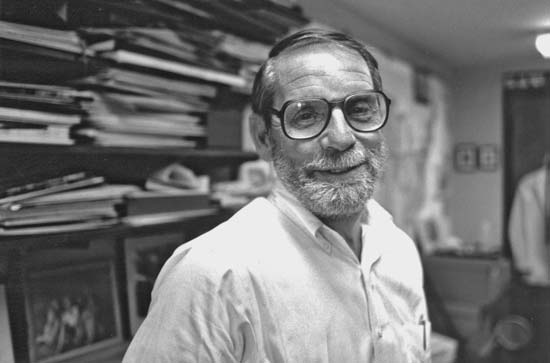 Time magazine recently published a profile of John McPhee. He is one of, maybe my favorite writer.  First published in the New Yorker in 1963;  87 years old.  The Time interview takes place on the 4th floor of Guyot Hall, the geosciences building on the campus of Princeton University.  McPhee is reviewing applications for his Sophomore writing class. He’s taught at Princeton for decades.  Years ago I wrote him asking if I could audit  a class.  He responded that Princeton did not allow audits of his classes but he was giving a public lecture.  I went but was disappointed; I thought his writing was much better than his speaking.

I don’t think I realized McPhee’s childhood was in Princeton. From Time:

“While growing up in Princeton, where his father was a sports-medicine physician at the university, Albert Einstein–leonine white hair and all–would watch McPhee and his buddies play ragtag football on the lawn of the Institute for Advanced Study, Einstein’s workplace. “He would stand there and contemplate us,” McPhee says. In high school he had a gig killing fruit flies and washing centrifuge tubes stained with beef blood for the university’s biology department, in the very building where his office now sits.“

I  enjoyed some of the personal stories.

“To keep sharp, McPhee tries to ride a bicycle 15 miles every other day in and around Princeton, where he’s lived all his life. During these treks, McPhee shares with his riding partners stories about the history of local landmarks, his journalistic adventures, his family. (McPhee dedicates The Patch to his 10 grandchildren.) One friend describes him as the world’s nicest know-it-all.” 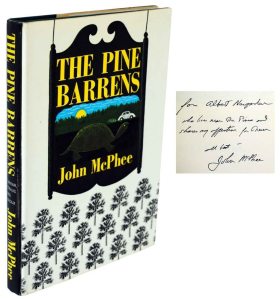 I think “The Pine Barrens” (1968) was probably my first exposure to McPhee.  “The Survival of the Birch Bark Canoe” (1982) was second.  Both of them were on a reading list I had for a junior English course at Holy Ghost Prep. McPhee’s New Yorker, magazine style combining history, science and personal observation had me hooked.

I have strong memories of many.  The geology books were not favorites but I was always intrigued by how McPhee made them interesting, especially Assembling California.  The more I learn about his life; it explained his books.  He went to Deerfield Academy after high school, before Princeton.  In Silk Parachutes (2011) which I just read, he writes about Deerfield and Lacrosse.  Diane and I have visited the historic town and taken open hearth cooking classes there several times.  I remember his fishing in the Delaware River near Trenton in Founding Fish; Bill Bradley; both Princeton connections.

Decades ago I wrote to McPhee asking if I could audit a class at Princeton, a day, a semester.  He responded saying the University did not allowbaudits of his classes but he was giving a public lecture that I could attend. I did.  Unfortunately I didn’t find McPhee the speaker as fluid or engaging as McPhee the writer. 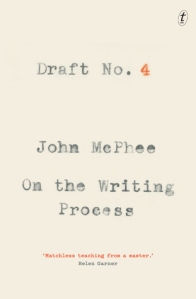 Last year I read Draft No. 4: the writing process (2017).    I was surprised when I recently found several McPhee books that I hadn’t read.  Heirs of General Practice     (1986) and Silk Parachutes (2011). I ordered and read both.  Still on my Amazon buy list is The Patch (2018).  This is a shelf in my library devoted to McPhee.  Most books are Farrah, Straus and Giroux paperbacks.  Somewhere there should be a hardback edition of the Pine Barrens with photographs by Bill Curtsinger.  Bill, a National Geographic photographer illustrated a magazine Pine Barrens article and later contributed to the  book.  He told a story of being high when he shot the National Geographic cover image.

Like many things in my life, it’s time to revisit, reread, reexperience John McPhee.  Maybe Princeton allows audits or I could apply for his writing class.  Dreams. 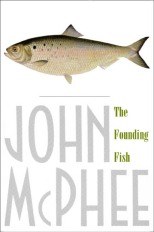 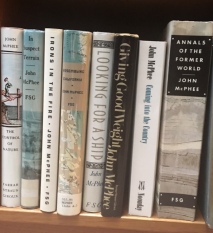 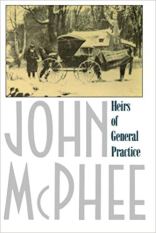 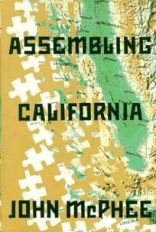