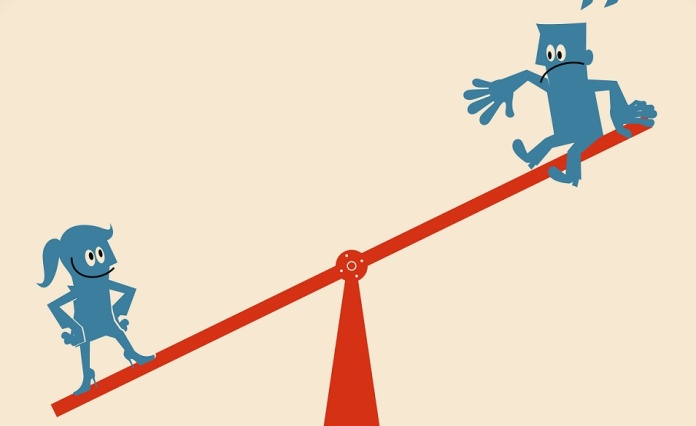 Since Tuesday I’ve been  on a seesaw.  A pendulum swinging back and forth.  I am down and don’t want the hear or read another thing about Donald Trump. I don’t care why he was elected.   I don’t care who he will appoint to the cabinet.  I don’t care if he doesn’t like eating in tents or living in the White House.  I want him to become “the name that cannot be said.”

But then I swing up.  I have a responsibility to try to understand why so many Americans are angry and feel left out.  I must support organizations that resist the dismantling of decades of social progress — if it happens.  I must fight the hatred that’s bubbling up in schools and on the street.  Elementary kids gloating over a classmate who will be sent back to Mexico.  Attacks on African American and Muslin women. Trump protesters who are destroying property.  I cannot close my eyes.

I swing down again.  What can I believe?  The mainstream media has been indicted.  Facebook and the Internet are filled with totally biased unreliable trash.  Grab a social media microphone and tell the world.  Truth doesn’t matter.  Should I resign from the Internet and FB, turn off the nightly news and ignore the morning paper? 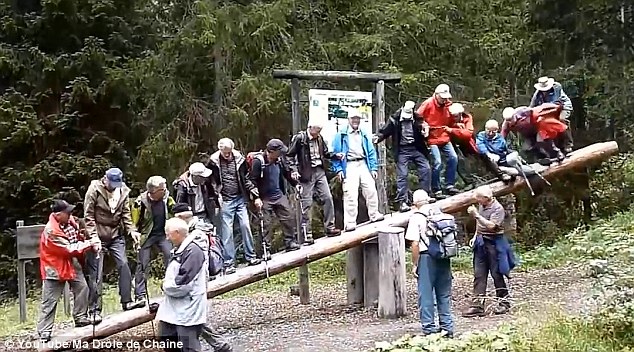 I swing upward.  I can’t drop out.  Trump could be a serious threat to much of what I believe.  Environmental regulations,  civil rights, educational policy, social safety nets.  I need to contribute, to join, to help organize, to resist.

Then maybe Trump 3 will emerge. Trump 1:  Clinton supporters, the mainstream media, his own rhetoric created a monster — all the negatives apply.   Trump 2: His supporters created the savior of the average American.  Trump 3 may be the deal making pragmatist.  Shouldn’t really repeal Obamacare, there are good provisions we need to save.  A wall between the US and Mexico, well maybe we need some additional border patrols and fencing.  Can’t deport all of those illegals, just some.  Will he tone down, make friends, and survive?  I doubt it based on past performance.  But what do I know.

The seesaw gets faster and faster as each day passes.  Maybe I’ll fall off, hit my head, and sleep for four years.  I bet I have a copy of Rip VanWinkle to read tonight.