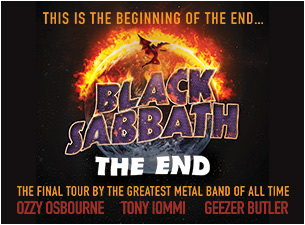 Many years ago, teaching an economics class at Holy Ghost Prep, I asked the class what percentage of families made $100,000?  Answers varied from 3 to 30 %.  quite a few hit the correct answer — 10%.  Then a hand went up and a student commented, “Most of the families I know make at least $100,000.”  I commented that most of the kids in the room and most of their neighbors probably fell into the 10%.  “Where are the other 90%,” the student questioned.  “Where I repeated?”

That afternoon I was driving to teach a class at LaSalle University.  I stopped at Broad and Olney.  People rushed on the streets, some moving to catch a subway, waiting for a bus; others hung on the corner.  “There’s the other 90%, I thought.”t

Last night we were having dinner at the Wicked Oyster in Wellfleet, Cape Cod.  The room was filled, tables were lively, most people were probably on vacation, summer house or weekly rental.  The hostess, an older woman, was passing our table, our eyes met.  “Excuse me,” I said, “I was thinking, how many of these people believe Trump’s analysis that the country is falling apart.”  She smiled, “Not many,” she responded.

Trump’s dire message is suppose to appeal to white, particularly, non college educated males.  His support among women and minorities is less.  He is supported by Republicans more than Democrats; although a recent poll shows a post convention jump in support from Independents.  Keeping in mind a book we used at Holy Ghost Prep, “How to Lie with Statistics,” here are a few rough stats.

About 60% of the population is non-Hispanic white.  About 50% are women.  About 60%  of the population is non college educated.  Imagine for a moment that all non-Hispanic whites were non college educated.  30% of them would be white males, Trump’s prime supporters.  Months ago I responded to someone on Facebook, that I suspected only 30-40% of could be stupid enough (sorry, but I do think his supporters are if not stupid, very gullible, that’s a better word, a more accurate word) to support Trump. Can there really be more than 30-40% Trump supporters?

We know a percentage of non college educated are non white.  A fair number are probably Democratic.  I’m not sure about voting rates among groups.  Are college educated more Democratic (they did support Obama more) ?  Who votes more college educated or non college?  And I haven’t even considered age, religion or geographic location.  I am sure there are lots of articles, polls and research that attempt to answer these questions. And I’m sure as in all good social science research, you can find conflicting analysis.  So . . .

What issues make Trump supporters, supporters?  Immigration, well illegal immigration, how many people think about it?  How many are effected?  How many really care?  There are about 11 million (some children), under 4%,  of illegal immigrants in the US.  Most in California, Texas, New York, New Jersey  and Illinois. It would seem that people in these states would be more likely to be interested and/or effected by the issue.  Living in small town Pennsylvania, I’d have to go out of my way to feel effected (unless I listen to certain politicians or media).  Are the six illegal immigrant states Red or Blue (I’ll let you check).  I think my realization is,  I suspect that, the concerns of most of those nationally come not from personal experience or something that personally effects their  lives but from political rhetoric, media reporting and crusaders.

I think the rhetoric, reporting, and crusading may be responsible for other hot button issues — gay marriage, violence, international fears, 2nd amendment rights.  It’s not that I’m against political discourse, media reporting or crusading.  In fact all are important to learning and democracy.  But I worry about the ability of citizens to make sense of the deluge of data, information, propaganda, and talk that is available.  How much is quality; how much is trash?  Can we tell the difference?

I think much of current commentary (like the nightly news) deals with the negative, the bizarre.  Today’s yellow journalism.  Controversy for the sake of controversy.  Feed fears.    Trump exploits these tendencies. According to his message (dare we call it a vision) we are being destroyed by foreign terrorists, Mexican aliens, Muslims, and  corrupt politicians.  The far right Christians add deviant behavior and non Christian religion.  The country is in ruin.  Unfortunately it may be easier to accept (and parrot) the negative.  Fear what is not just like us.  Racism and prejudice are acceptable.  Diversity is dangerous; conformity is comforting. The enemy is them.

I need to think about this more. But I don’t think (I hope) most of those in the Wicked Oyster last night, most people on Cape Cod, most of my neighbors in Yardley, most Pennsylvanians, and most citizens of the United States  believe based on prsonal experience and common sense analysis that the country (the world) isn’t coming to an end.  There are problems a plenty that we need to improve, correct as much as possible. But daily life, living needs to be good and affirming. For now I’m going to enjoy the sun, sand, oysters, and fellow wo-man.  Maybe more on this later.